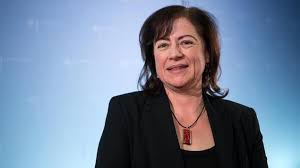 mehriran.de/en – Following recent reports on the serious health condition of the Iranian citizen Mohammad Ali Taheri who has been kept in jail for more than five years, Baerbel Kofler, German governments representative for Human Rights and Humanitarian Aid inside the Foreign Affairs office, comments today (08.11.):

mehriran.de/en –  “I am extremely worried about the continual deterioration of the health condition of Mohammad Ali Taheri who started a hunger strike more than 40 days ago. He started this protest as the time of his release had been postponed again and again. For three weeks contact has been denied to his family.

Taheri obviously has only been jailed and condemned because of his world views and his religious teachings. This is blatant disregard of the human right for the freedom of religion and worldview. Iran has covenanted itself under international law to the respect and protection of this freedom.

I request Iran to immediately release Mohammad Ali Taheri from prison as he has served his jail term and is overdue. I further request Iran to enable him boundless access to his family, his lawyers and to comprehensive medical care.”

Mohammad Ali Taheri, founder of the educational and cultural organisation „Erfan-e-Halgheh“ („Spiritual circle“), was jailed in Mai 2011. In October 2011 he was condemned to 5 years in prison, 74 lashes and a penalty. He was accused of “insulting the Islamic Holyness”. In a new lawsuit in August 2015 he was condemned to death. According to Taheris lawyer the death penalty was cancelled in an appeals procedure by the Supreme Court and recommitted to the Revolutionary Court. Taheris lawyer and his family expect his release from prison since february 2016, when he had served his 5 year sentence.

Since his arrest Taheri reportedly has been kept in solitary confinement in Teherans Evin prison.

On 28.09.2016 Mohammad Ali Taheri started in protest to the retardation of his release a new hunger strike. Since 16.10.2016 any contact to the outside world has been denied to him. According to an informal notice to his lawyer he fell into a coma and was brought into a hospital in Teheran.

Pictures of protesters in Europes streets: 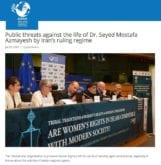 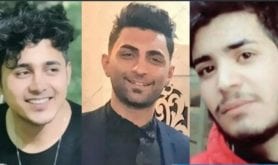